Buenos Aires, Buenos Aires… well. I think the best words to describe this stop on our route are: It was a milestone in many ways for us. 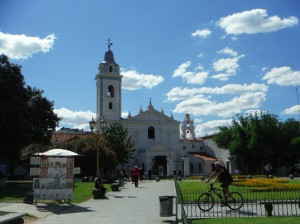 First of all, it was the start of our South America tour and thus the beginning of our last big part of the journey. Realizing this made us indeed a bit sad, because it confronted us with the fact how fast time has past. Especially South Africa went by so quickly with so many highlights around each corner. And now, after 8 months of travelling, we have reached the end of the world already, literally. I am sitting in Ushuaia as I am writing this, we cannot go further South than that. I still remember when we were still in Munich and talked about South America. It felt so far away, and now we are already here. Anyway, it made us a bit sad as mentioned, but we were also very proud of what we have seen so far and how well everything went in the end up to this point. Let’s hope that it will stay that way. Knock on wood… ;). 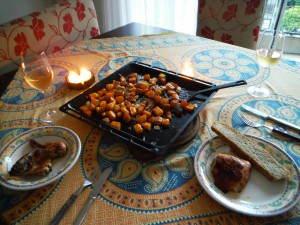 Secondly, Buenos Aires was also a milestone, because it was the place where we had somewhat of a ‚home‘ again for 3 weeks. A place where we could come back anytime to relax and recover, cook like crazy in our own kitchen and have somewhat of a daily life with our Spanish lessons every morning and our grocery store and small local vegetable shop around the corner. It made us realize, not for the first time of this trip, how valuable and nice an own home is and that we do miss that. Constantly moving from one new bed to the other can get quite exhausting. And even having a hospital or doctor around to go for advice, if you don’t feel well, was nice. Of course Mathias used that opportunity rightaway; ). 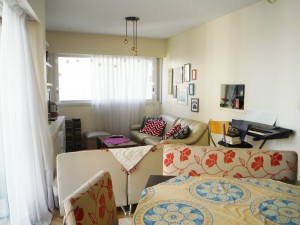 He had caught a cold in Istanbul with the heavy weather change compared to hot South Africa before. The long flight hadn’t helped and after 3 terrible days it had gone to his chest and one night he woke up and could hardly breath. So we went to the Hospital Alemán, where they took great care of him. He of course got antibiotics, but also got treated in the hospital for 30 min where he had to inhale what we think was oxygen. We were not quite sure, but it helped! He still felt weak for a week though and having a lovely cosy home at that moment where he could rest was a gift. So, we are also looking forward to coming home, to have our own bed back and to embrace a new daily life with new energy, priorities and ambitions. Before that though, there are some more amazing places to see in South America. 😉 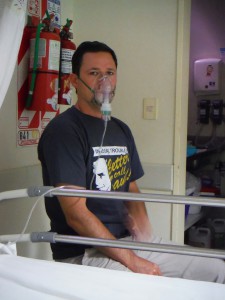 Thirdly, Buenos Aires was a milestone, because we had to switch from communicating in English to Spanish. While some people do speak English here, it is only common in big tourist places. So already conquering daily life and buying fruits and vegetables at the local shop required some Spanish skills. I was pleased to see how quickly my Spanish came back in the last 3 weeks. I can pretty much ask and do all our enquiries in Spanish without problems. I was even used as a translator on some occasions where other tourist could only speak English ;). Yet, I also know I need to practise much more and speak more often than I do now. I hope it will become even easier as we travel on. 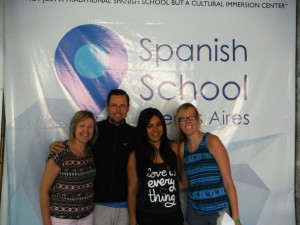 Mathias has also made good progress and his memory is coming back from the lessons he had a few years back. We are both keen to improve our Spanish skills though and aim to keep them on high level when we get back. Let’s hope that works. So I guess the next article I should really write in Spanish, not English. 😉

So what did we do in the end in Buenos Aires? Well, the first few days not that much as mentioned, because Mathias was ill. I also think that we just enjoyed having a home again so much that we did not have any drive to go out and do sight seeing. I know, some of you might think now we are crazy, but believe me. When you constantly see new things, it is nice to give your brain a rest for a bit. 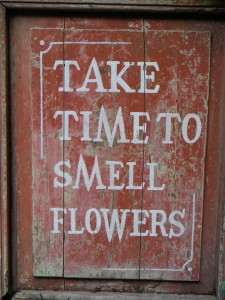 I also had a big back log on our South Africa pictures and needed some time to sort through them. I learned on the trip that organizing and uploading the pictures as quickly as possible helps to process what we have seen and close the chapter to be free and open for all new impressions to come. The same goes for writing our thoughts down. So I did a lot of that while Mathias slept a lot and tried to recover. During the waking hours we cooked a lot and I started baking bread for Mathias again. In the end I baked a new bread every second or third day. I just love to see him eat my bread with so much passion and hunger, and his childish smile every time it comes out of the oven. Like a child at Christmas, awaiting to receive his present ;). He told me the same is true for me when he makes grilled chicken for me. And so he did, also almost every second or third day. Inbetween, we loved being able to eat salads and vegetables again. Of course, we tried the local food as well! 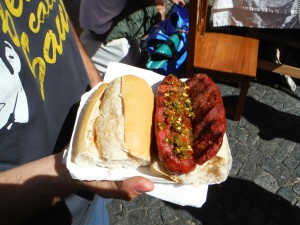 The first Sunday we went to the quarter San Telmo where we not only had our first ‚parilla‘ food, a delicious chorizo, but enjoyed strolling through the streets, listening to street musicians and discovering a local neighbourhood summer party with a small gig, more parilla and people dancing. It was really lovely. The following weekend we went to Palermo to do the same. We strolled around the neighbourhood, bought our winter jackets for Patagonia and the Andes and ended the day with an amazing dinner at an upper steak restaurant Mathias‘ sister Yvonne recommended us. It was absolutely delicious. 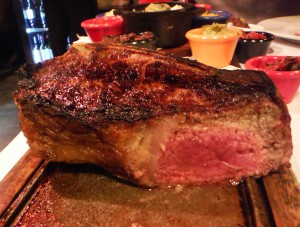 We tried several local parrillas during our stay in Buenos Aires, as we wanted to know how good the meat really is. We went to two parrillas where locals had told us they are proper Argentinien. In our experience though, the atmosphere was nice, but the meat was average. It was good daily food for a good price. But only in La Cabrera, we had a heavenly steak experience. So much so that we went a second time on our last day, to remember it well ;). So, it is not like you get the best steak of the world everywhere in Argentina. You do have to go to a good restaurant to taste superb steak. But for average good grilled meat, the local parillas are a good option. At least that was our experiene. Buenos Aires is also known for good Italian food due to their immigration history. We thus tried some Pizza and ice cream as well, which really does not need to hide from its big brother in Europe. It is made different though. 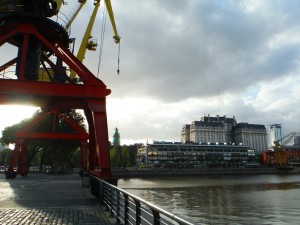 We also saw the old harbour, which looks very much like Hamburg’s harbour though with its red brick houses. We also discovered that the old cranes, which form a big landmark there, are from East Germany. We did not read up on the creation story of the habour yet, but I would not be surprised if German architects where involved. The Recoleta cemetery however was very impressive, as it was very different to what we had seen so far. We of course also went to see Evita’s mausoleum. We were really lucky with the weather that day, as it had rained every second or third day while we were in Buenos Aires. 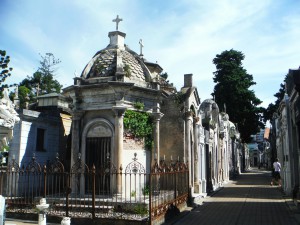 So all in all, we really enjoyed our time in Buenos Aires. It is a beautiful old city even if it is sad to see how the government is hardly doing any maintenance. The former wealth of the city in better times is still visible and it is nice to see that people in general do not let themselves be dragged down by a bad mood because of the crisis. 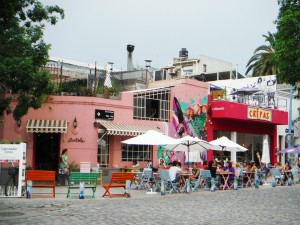